After the basics, read on to the real world side-by-side study conducted by Inda-Gro using their full spectrum Induction Grow Lights and then supplementing with Far Red Grow Lighting Wavelengths for stimulation of a deeper flowering response.

In nature it is this Far Red 730nm wavelength that triggers the Phytochrome, or flowering response

While a plant benefits to a small degree with the light wavelength or spectra that the eye see’s, plants respond best to the Ultraviolet (UV) and Infrared (IR) regions of the spectrum. However if the spectrum is narrowly or not at all emitted by the lamp then the plants will not develop to its fullest leafy vegative or bulky flowering stages that natural sunlight would have intended. That is why crops respond well to far red grow lighting and plant lighting fundamentals.

Since light plays such a critical role in a plants successful growth it’s important to have the proper quality and quantity of light available to the plant as it needs it. Insufficient light levels will reduce a plants overall weight and develop symptoms of stress, decreased nodule density and smaller leaves. While too much light can damage the plant from excessive IR heat radiation or extreme UV radiation.

As it relates to proper light selection we’ll introduce you to the importance of two biological reactions that occur within a plant; Photosynthesis and Photomorphogenesis

As Photosynthesis occurs, the wavelength spectrum that is most beneficial to plant growth is found within certain areas between the 380-720 nanometer range of the spectrum. The light that is within this region is referred to as Photosynthetically Active Radiation (PAR).

A plants spectral lighting needs will change as it grows. Since spectrum plays an important part in the success of the plants growth developmental bioligists refer presence of these light mediated changes that the plant absorbs through a variety of Receptors as Photomorphogenesis.

As shown within the chart below, you can see the average PAR ranges for most plants that should be available for maximum chlorophyll absorption. Within these ranges plants will respond very well to the emitted light wavelengths.

We measure visible light in Lumens, LUX, Lumens Per Watt or Footcandles but are these same measurements also adequate when measuring for a plants lighting levels? No.

While there is nothing wrong with knowing these measurements these are not the best measurements to tell us what is the best lamp for the our plants overall lighting needs.

A better way to measure plant lighting is to determine how much energy the lamp consumes and how much light actually makes it to the plant surfaces where both Photosynthesis and Photomorphogenesis occurs.

When measuring light QUANTITY for a plant we look to measure how many PHOTONS, (the minimum unit of energy involving light) are falling each second within a square meter. Photons are such a small unit of measurement that they are referred to as MICROMOLES OF PHOTONS or more often just MICROMOLES to describe a measurement of how many photons are arriving at a plants surface from the emitted light source. For reference 2000 micromoles would be a sunlight level measurement of light.

Of most value to the grower and his plant would be the number of photons being measured at the plant, per second, per square meter, within the PAR ranges of 380-720 nanometers. This value is then known as the PHOTOSYNTHETIC PHOTON FLUX (PPF) level that the lamp emits.

Meters that measure these (PPF) values are often referred to as QUANTUM METERS since a quantum is the amount of energy carried by a photon. These meters will provide entire spectrum measurements of the total number of photons per second values as well as measure the YIELD PHOTON FLUX (YPF) of the lamp which is as we’ve seen by the plants photomorphogenis requirements will assist the grower in identifying that the lamp has the proper PAR spectrum for maximum photosynthetic response at that stage of plant growth.

Another way growers like to measure light for plants is by PAR WATTS. What this refers to is how much light energy is available between the 400-700 nanometer ranges that the plant requires for Photosynthesis. What is extremely important to know the efficiency of the lamp being considered. Growers should be careful when considering these values and not to correlate higher PAR WATT values with more successful yields since with energy efficient lighting such as induction the PAR Watts per Square foot may measure 70% less than an HID and while still delivering micromoles in excess of the HID within the plants PPF and YPF requirements. 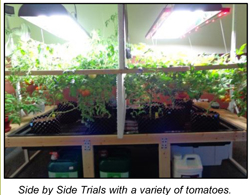 THE STUDY: What DOES Far-Red Light Do for Growing Crops?

During Lights On Cycles: We run the Deep Red, 660nm diodes to meet an important Chlorophyll B peak absorption spectra for flowering thereby increasing flowering sites. Strategically placed diodes on 10⁰ planes allow for even canopy coverage and excellent penetration. This is achieved without burning the canopy from high intensity diodes that are usually aimed straight down at the canopy. Diodes are asymmetrically placed to interlace light distribution patterns with the opposing Pontoon and of any adjacent fixtures similarly outfitted with Pontoons.

During Lights Off Cycles: It’s noon on a cloudless day and the sun paints the sky a bright Blue. As the sun begins to set, the Blue is gradually replaced by increasing levels of Red to Deep Red and finally to Far Red. In nature it is this Far Red 730nm wavelength that triggers the Phytochrome, or flowering response, to occur within seconds of sensing that wavelength exclusively as the sun sets over the horizon.

For an indoor garden, the light cycle for flowering may typically be set for a 12 hour on and 12 hour off cycle. With the plants going instantly into total darkness the plants will require a 2 hour relaxation period before actual flowering begins. Obviously this has never been the most efficient way of maximizing flower production and density. Reducing that indoor relaxation period, by mimicking nature, is critical to increasing fruit and flower size.

The patented Pontoon design utilizes a built in control circuitry that senses once the 660nm diodes turn off. Once off, the 730nm diodes, powered by Lithium-ion batteries built into the Pontoon, will run the 730nm diodes only for approximately 5 minutes at which time they turn off in gradual steps decreasing the normal indoor Phytochrome switch from 2 hours to less than 10 minutes. Indoor gardeners may wish to adjust their lights on photoperiods for an extra hour or more to take advantage of the indoor plants natural photobiological response to this wavelength. 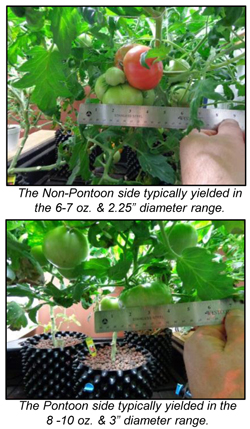 CO2 Controllers and Monitoring for Growing Indoors and Greenhouses 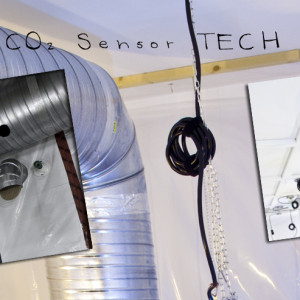 CO2 Controllers and Monitoring for Growing Indoors and Greenhouses

CO2 Controllers and Monitoring for Growing Indoors and Greenhouses Dual Beam Tech Talk   What: (ABOVE) The...