Believe it or not, a lot of the Urban Farms you read about are heavily subsidized or or a R&D arm of a much larger corporation or group of-they’ don’t always have to turn a real profit to stay around for a year or two

At Grozine, we always strive for higher thinking-especially when it comes to vertical hydroponics..

And when we got wind of Veg-E Systems (Vertically Efficient Growing Environment Systems) through Inda-Gro crop lighting’s Facebook Page, we simply had to track down these guys for some insights after linking over and seeing some of what they appeared to be doing with hydroponics growing technologies.

EB Note-As a Groziner, we naturally assume you love seeing the latest developments in cultivation and growing technologies-checking out Inda-Gro’s page is a virtual cornucopia of such delights.

After speaking with Zak over at Veg-E systems, we were able to circle back and link up with Chief Founder: Dennis Riling.

Now before we get down to business, we always like to know a little more about what inspires people who are working in the field of hydroponics. Dennis, as it turns out, got to growing food to help feed his family-his steel business was suffering in the economy of the day with the crash of the USA housing market. From there, things grew. 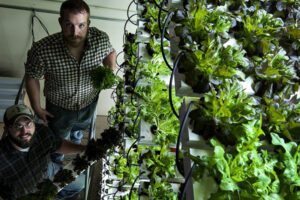 It wasn’t long before Dennis realized the growing power hydroponics could yield over conventional growing methods. Besides offering faster growth rates and potentially bigger harvests, he saw that hydroponics methods conserved water and were potentially more sustainable in instances. However, one of the things that really stood out was the fact that people could grow food just about anywhere. And since having served in Fallujah, Iraq, he understood the value of being able to grow healthy food even in the most formidable of environments-for example a modern North American Urban Center.

This isn’t a fluff piece about “Urban Vertical Farming” or “Micro Greens” that seem prevalent in current media of today. The difference here is that Veg-E Systems is serious about delivering modern agricultural solutions that are actually economically feasible. Believe it or not, a lot of the Urban Farms you read about are heavily subsidized or or a R&D arm of a much larger corporation or group of-they’ don’t always have to turn a real profit to stay around for a year or two. Seriously, if you crunch the numbers on these places with electricity, space, cost of seeds, etc you can see that they need an “X” factor to stay afloat.

Dennis, and others like VP Tim Sulzer do a lot of research and case studies to see what may actually work for real world people in real world situations. Then they repeat their experiments-until they have concrete solid systems, numbers and management methods that can be transferred and deployed by others where a suitable market for the produce is available. Agriculture is often about Economic Thresholds, and that’s not something Veg-E Systems overlooks-in fact, it’s what they bank on.

If hydroponics is really going to catch on, people need access to proven methodologies that are based in economics. Granted, with the changing face of food production and the rising cost of healthy food, there is an increasing pressure on both governments and citizens to embrace and utilize methods that at one time may not have been as cost friendly, but due to societal and global factors the economics of what is perceived as “value” may be rapidly changing and evolving.

We salute Veg-E Systems and the work that they are doing in utilizing and documenting the efficacy of modern growing technologies and methodologies. For example, we were totally blown away by the work they have been doing with vertical hydroponics applications of alternative crop lighting sources like Induction Lighting and LEDs-without ignoring proven older lighting technologies like HPS, MH and T-5 HO Floros.

With the addition of several new employees and an analytical lab under construction, we are expecting to see healthy and sustainable growth from Veg-E systems in days to come. These guys offer solid working models, consultative services, plus more and even sell what they grow-to the delight of taste and nutrition saavy local consumers who support their brand: Doylestown Fresh.

A shining example of what it takes to help lead the charge for change.

The Medicinal Value of Flowering Plants 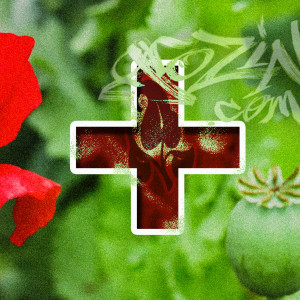 The Medicinal Value of Flowering Plants

Reaping Nature's Pharmacy By Brandon Pillon In terms of The Medicinal Value of Flowering Plants, the extracts, for example, of...