The Lighter Side of Cultivating Disaster…

As almost anybody who has grown for any length of time can attest to, beneath the surface of every happy and successful grow is some type of minor, and a t times comical, catastrophe waiting to happen. Those are the funniest hydroponics home grown disasters vol 1 of course.

In the grand scheme of the Universe, having your crop “go south”, so to speak, isn’t likely to cause many major ripples. However to you, as a dedicated grower, it can mean an awful lot. Considering the potential impact on others from your mishaps through your endeavours is an important thought also.

A lot of the time, mishaps are completely preventable. But “It” happens, and here’s a few accounts of such Hydro Horrors…and on the bright side, statistically, you are more likely to slip and fall in your bathroom….

Not So Modest Mouse 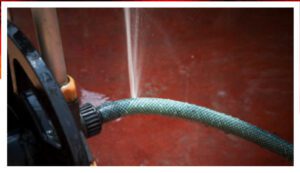 A number of high end digital ballasts were professionally installed for indoor gardening. The install was located in a central corridor that also ran duct work and plumbing to different section at the growing facility. Included was a small diameter 1/4” hose to carry RO filtered water to a reservoir in the central area.

Long story short-the grower discovered that the lights were not on at their usual time, as the grower came back to mix nutrients into a larger reservoir they had been filling. A funny smell was in the air, the circuit breaker for the lighting had been tripped, and the floor was slightly wet….WTF? 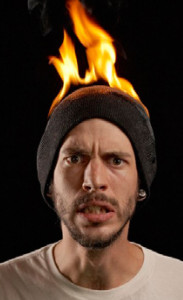 Usually excited to check on progress, the grower didn’t waste any time getting out of their snow clothes and headed straight to the growing area. Following, the grower was intently inspecting their plants up close in their indoor winter growing garden and began to notice a funny smell-was it something synthetic-or was that HAIR they smelled? Strange…YOWZA!!! As soon as they lifted their head to glance around they became aware of the fact their hat was melting and on almost on fire!

It turns out, the bulky toque (winter hat) they wore had come into contact with a very hot larger wattage grow light-and there it stayed as they stopped to inspect some plants in an area. They actually smelt it before they felt it!

Do YOU have a growing disaster you heard of that you might like to share? Email erikbiksa@grozine.com. If we use it, we’ll send you one of our Gift Packs. 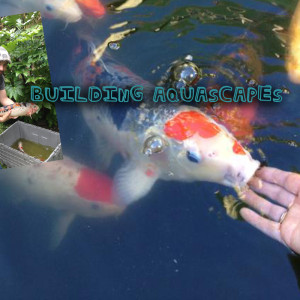