When we think about a commercial hydroponics system, naturally one of the first systems that comes to mind for growing mid sized to large plants with the power of hydroponics is Current Culture’s patented Under Current System. If you are newer to hydroponics, here’s the quick version:

Let’s face it, while very valuable to the operation, hydroponic monitoring dosers and equipment are not cheap to purchase—fewer reservoirs in your layout saves huge money in this area. 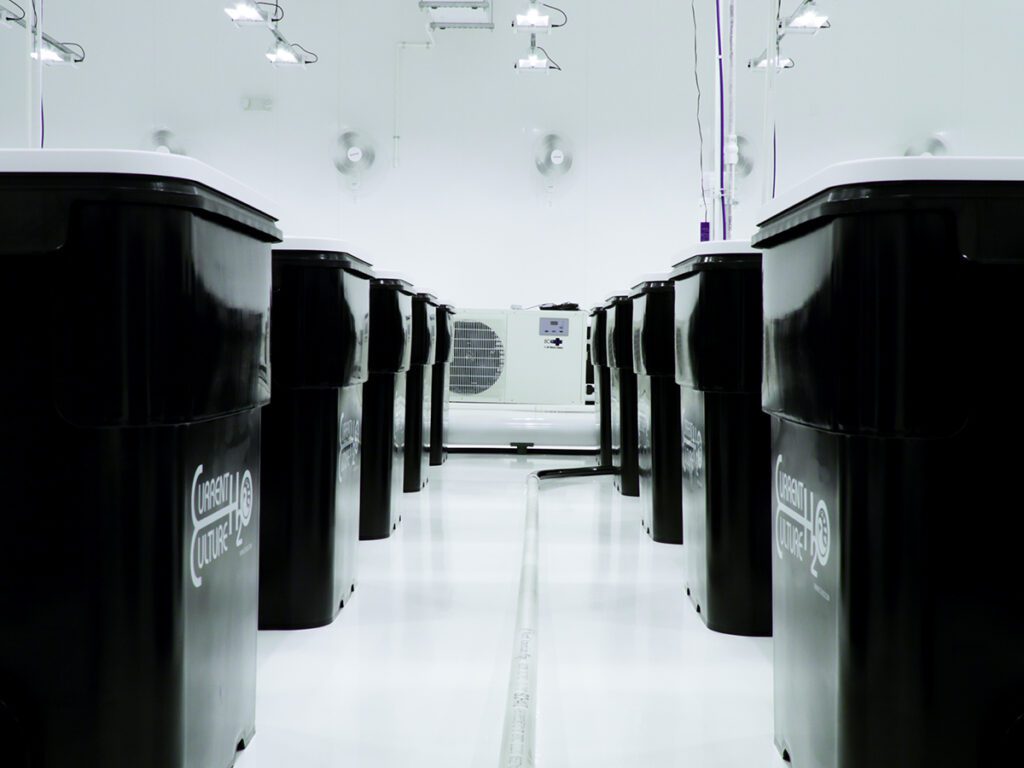 Essentially, plants are supported in mesh baskets on a removable lid, each plant has its own mini hydroponic system that are all connected together by larger diameter pipes that continuously circulate a deep flow of highly aerated nutrient solution through the bare plant roots that grow down into each of the modules. 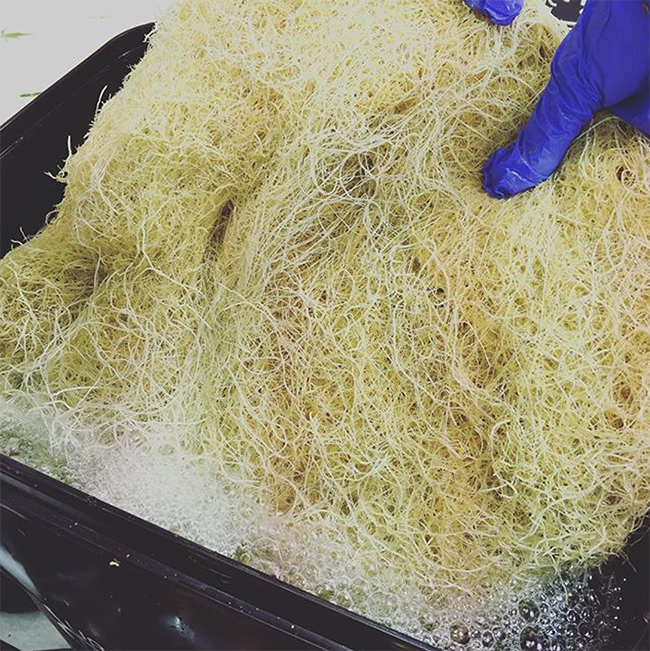 Above: High levels of control in the root zone for improved crop management and less waste.

The Under Current hydro system series has always been especially well suited as a commercial hydroponics system because of their ease of scalability, and easy adaptations to different plant spacing arrangements. 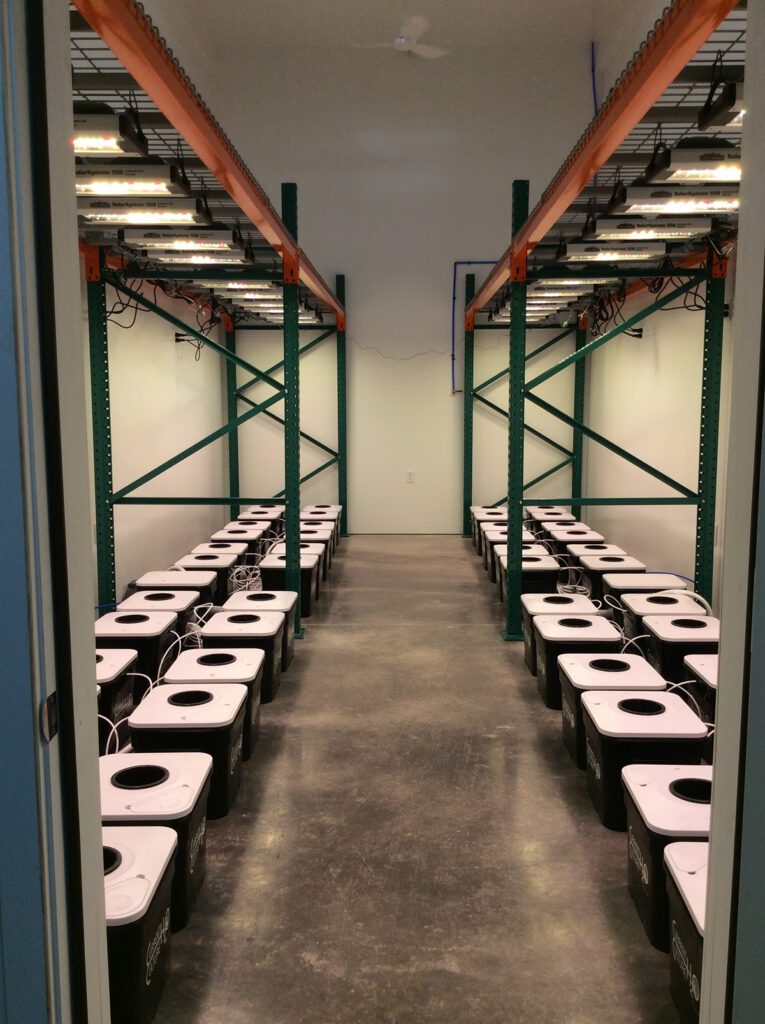 With 2019 updates recently released by CCH2O.com, it appears a good thing just got even better when it comes to designing, sourcing and installing a commercial hydroponics system for professional use. 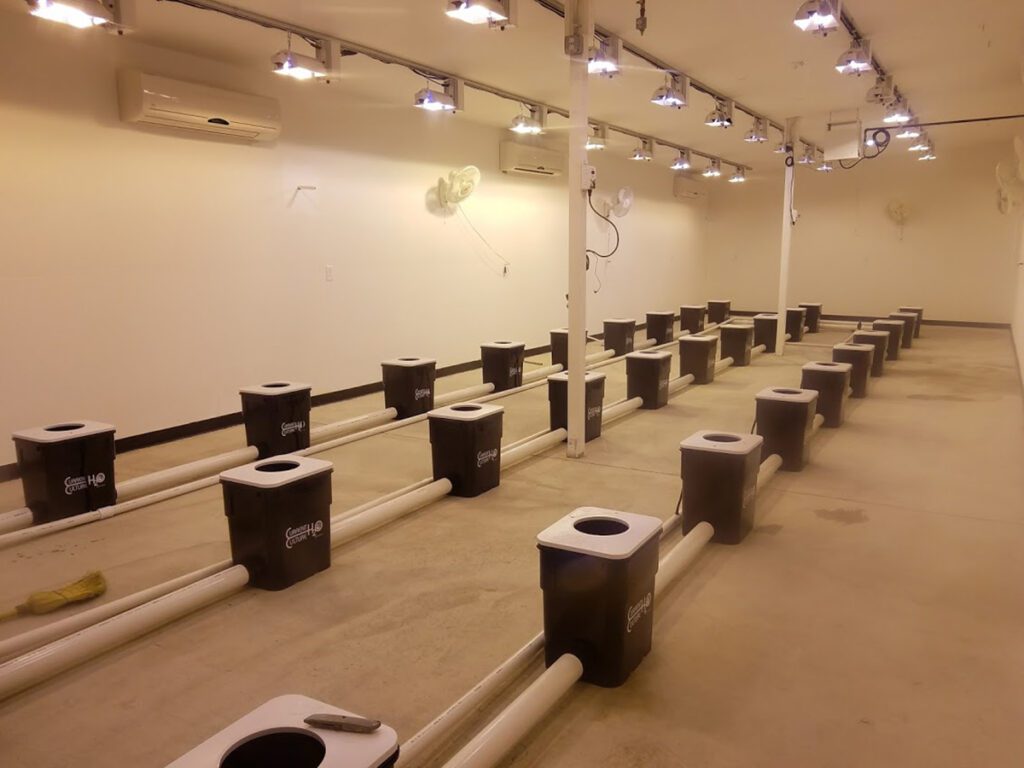 Relative to how big of an area the Under Current System occupies and the amount of crop yield produced, there aren’t many moving parts because more parts means more risk and costs for the commercial hydroponics grower.  Typically one large air pump, like a regenerative air blower can easily suffice for a Twenty Four Foot by Forty Eight Foot grow room in aerating all of the Growth Modules in an Under Current System. At the same time, one good quality water pump is all that is needed too. BOTH the air pump and water pump use less than one thousand watts between them—not bad for 1150+ square feet of growing area; that’s about 1 watt per square foot.

Does Not Require Lots of Growing Media

The Under Current System commercial hydroponics system can easily grow heavy yielding plants that are five foot round bushes, all with only a few handfuls of inert and reusable growing media per plant.  Now compare that to the transport, replacement cost, labor and disposal required with bags and bags of media like coco or peat per large plant using conventional commercial growing methods*. Using inert growing media like grow rocks also means not running the risk of introducing harmful pathogens or unwanted pests by way of soils, etc.

*One of the updates in the 2019 Under Current System is the shift from Eight inch net baskets to Five inch net baskets; grow the same sized plants, just use less media to do it!

A large scale commercial hydroponics operation can use a lot of water.  Even more so when it is recommended that Reverse Osmosis filtered water be used for maximum performance and results.

Because the Under Current modules are fully enclosed, unlike a media container or grow tray, almost all of the water that is used through the course of the growing cycle is taken up directly by the crop.  Of further benefit, by monitoring watering use, growers have an excellent tool in determining crop health and any changes that may be occurring with the plants as water consumption trends change—no guessing what was lost into the air versus big containers or beds of exposed wet growing media in this commercial hydroponics system.

As with the benefit of Few Moving Parts, not having multiple reservoirs to feed and circulate the system means that it’s much easier and more cost effective to monitor and adjust important parameters like pH, EC/TDS, Temperature, ORP, etc.  Let’s face it, while very valuable to the operation, hydroponic monitoring dosers and equipment are not cheap to purchase—fewer reservoirs in your layout saves huge money in this area.

Tip: If you’re serious about commercial hydroponics systems and have needs for automation, Current Culture’s 2019 offerings include a very well thought out dosing system that comes pre-programmed for their well-developed feeding schedule using their proven Cultured Solutions nutrients. More on this in future articles here at Grozine.

The Current Culture Under Current Systems are completely re-usable and require no soils or any biological materials (except plants, of course) to be removed, disposed of, shipped or replaced.  Besides being a huge savings on labor and other costs, the system is completely inert and can be quickly and effectively sterilized between crops.  It is entirely feasible to harvest and replant a crop in an average 24’ X 48’ grow room in the same day with just a few competent hands on deck. 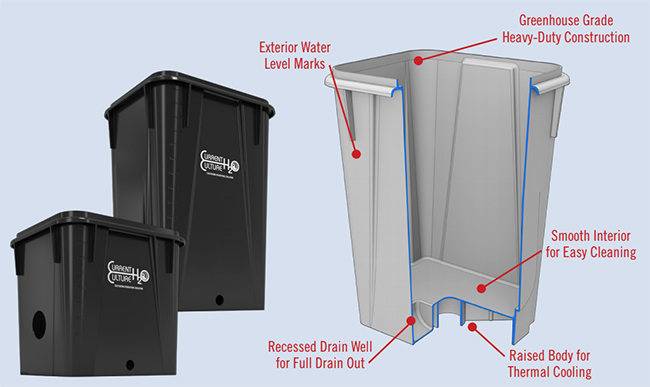 If you aren’t using a dosing system, the Add Back Kit makes it very easy to add nutrients and pH adjusters to the system without running any risk of shocking your plants from too quick or drastic a change.  The patented Mazzei venturi injector system connects to the pump discharge and adds air to the nutrient solution when not needed to add nutrients or adjusters.  When it’s time to dose the system (EC, pH, etc) just drop the siphon hose into your measured amount where it will be slowly and steadily introduced to the system. Bravo! 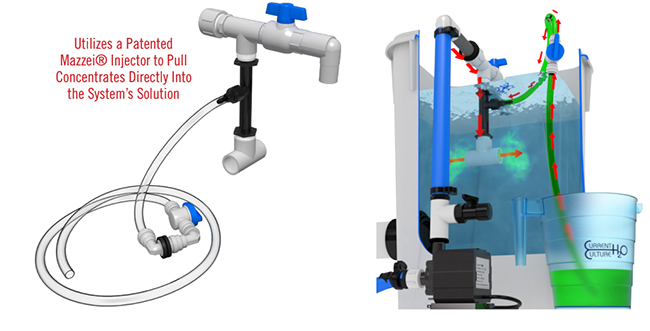 We know that one of the driving forces in the power of this commercial hydroponics system is the amount of aeration, ie the air pumps that send LOTS of air to the root zine via air diffusers in the growth modules.  However, until now, we couldn’t be 100% certain just how much air we were delivering, and therefore could not determine the PowerBand for maximum benefits.  The CCH2O Air Flow Regulator has a large gauge and pressure relief valve making adjustment easy..

Now growers can measure and control the exact amount of aeration that is delivered to the High-Flow Aeration Manifold of the system.

TIP: You are aiming for a value of “25” (air volume in Inches of Water Column) on the gauge for maximum benefits—once you hit “30” you may be riding in the Red Zone, and the increased turbulence can be detrimental to the stability of the nutrient solution.

The Under Current systems use relatively little growing media per plant.  Of further benefit, inert media like Growstones can be reused with proper care.  Offering the new 5.5 inch net basket option saves even more media versus the previously standard 8 inch net basket size; grow the same sized plants, now with even less media to buy or clean. FYI the new 5.5’s are every bit as sturdy and robust as the 8 inch baskets.

In the past, we used a Wet-Vac to easily remove the last 1/2 and inch or so of nutrient solution that was left in the system after pumping to discharge and opening the drain valve on the Epicenter. Now all Under Current systems can be drained completely via gravity with the recessed drain wells and CCH2O Drop-Tee’s that come optional with the 2019 models. Definitley a time and labor saver; especially important in commercial hydroponics systems.

The 2019 CCH2O Multi Mods have a recessed drain well and a hollow cavity or gap between the surface below (floor) and the inside of the module holding the nutrient solution.  This helps keep nutrient solutions cooler and also assists in a more complete drain-out of the system when required.

A smooth interior surface also means less chances of residues sticking to the modules after cleaning or during cropping. 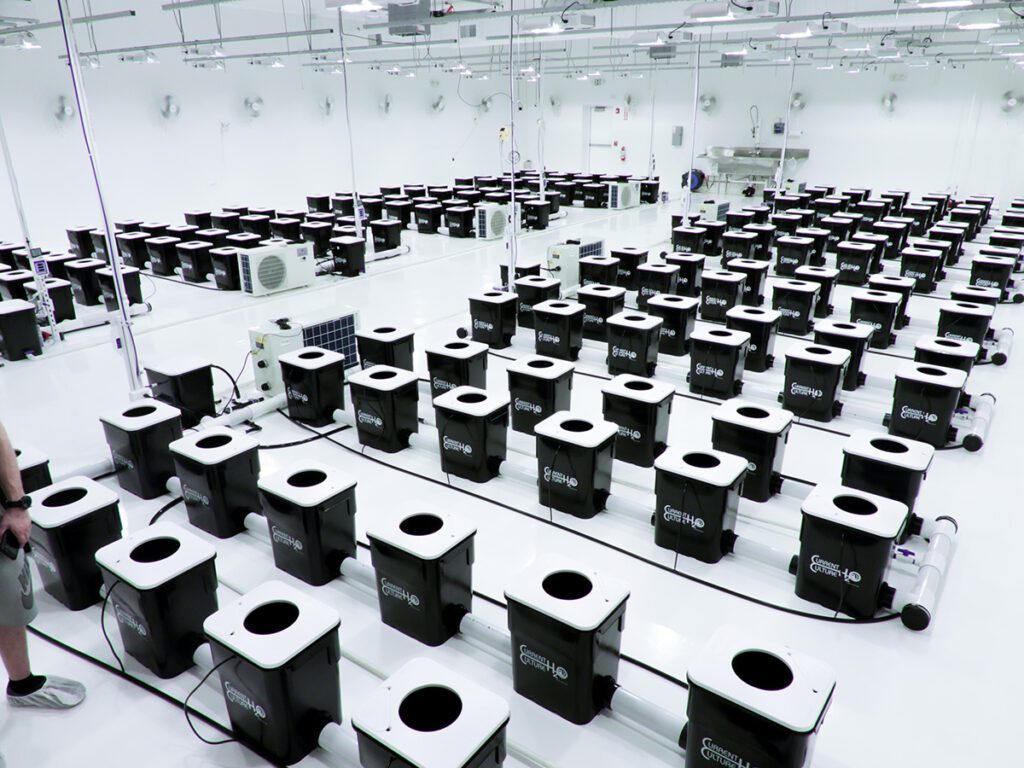 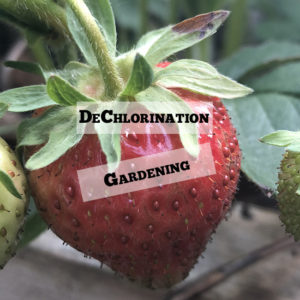