I am completely sober, as I type these words. Perhaps it’s obvious, but my written wit often comes from an outside substance. Lately, I’ve been drinking too much liquor. The idea was that imbibing alcohol would conjure up some serious journalistic genius. Instead, I’ve just been drunk on moonshine, and I’m a week past my deadline with this Legal Moonshine Limestone Branch Distillery story .

I was lucky enough to meet Steve Beam in person when I visited Limestone Branch, nestled in the hills of Lebanon, Ky

My wife and I were up late baking bread. She makes gourmet doughs from unusual grains, using a natural yeast that takes several hours to ferment. We were also draining a rare bottle of single barrel Jefferson’s Bourbon. Once it was empty, I pulled out the mason jar of moonshine. The smell of fermenting dough is so much like sour mash, moonshine was the logical (drunk) choice at 2am. You see, moonshine contains just a dash of Pure Crazy, which allows the drinker to bake all night. Our conversations got more and more bizarre, and our speech began to slur, but we didn’t burn a single loaf. Basically, we got all fucked up and had a great time.

Wait, how’d I get all these blisters and burns on my hands?

When I heard that some companies were going to make and sell legal moonshine, I was immediately skeptical. What if these distillers don’t know how to properly bottle Insanity? What if it’s weak and just for show? What if everyone has access to it, and I ain’t so damn special anymore? Those concerns were put to bed when I had my first sip of T.J. Pottinger Sugar Shine from Limestone Branch Distillery. Instead of pure corn sour mash, they use a 50/50 mix of corn mash and sugar mash. The liquor is bottled at 50% alcohol (100 proof), so they call it a “50/50/50” shine. Down the hatch. Oh, that’s really good. And straight to to head! Well, hot damn, this IS moonshine! As a way of distinguishing their product from the more clandestine variety, Limestone Branch uses the term “Moon*Shine” with capital letters and an asterisk. The slight variation is a great way of paying respect to all of the bootleggers who came before them. 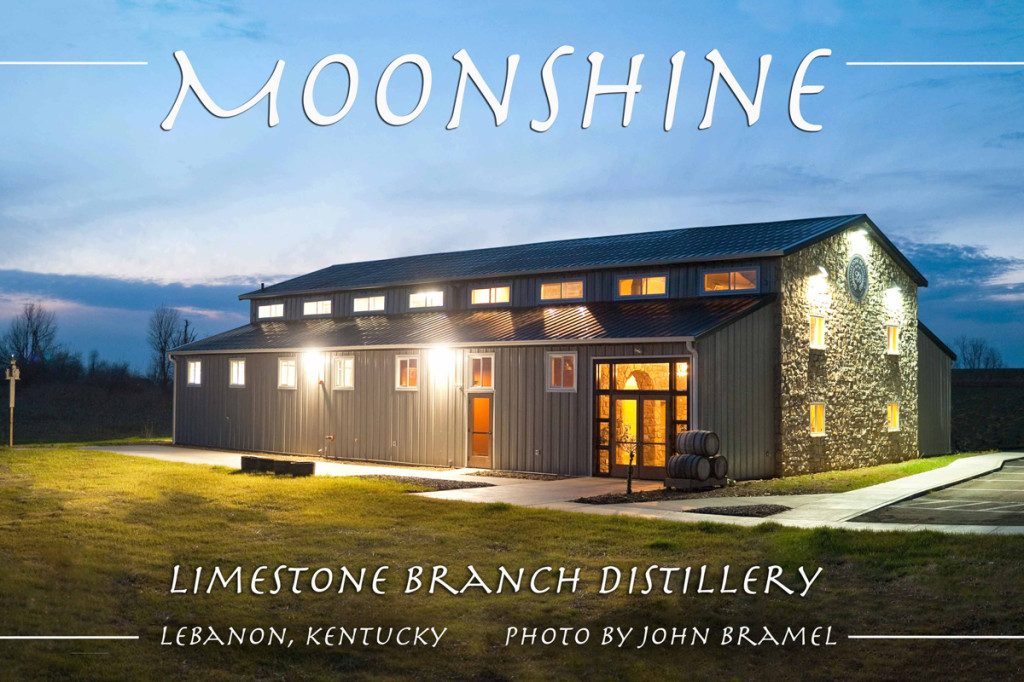 Heritage and the Family Name 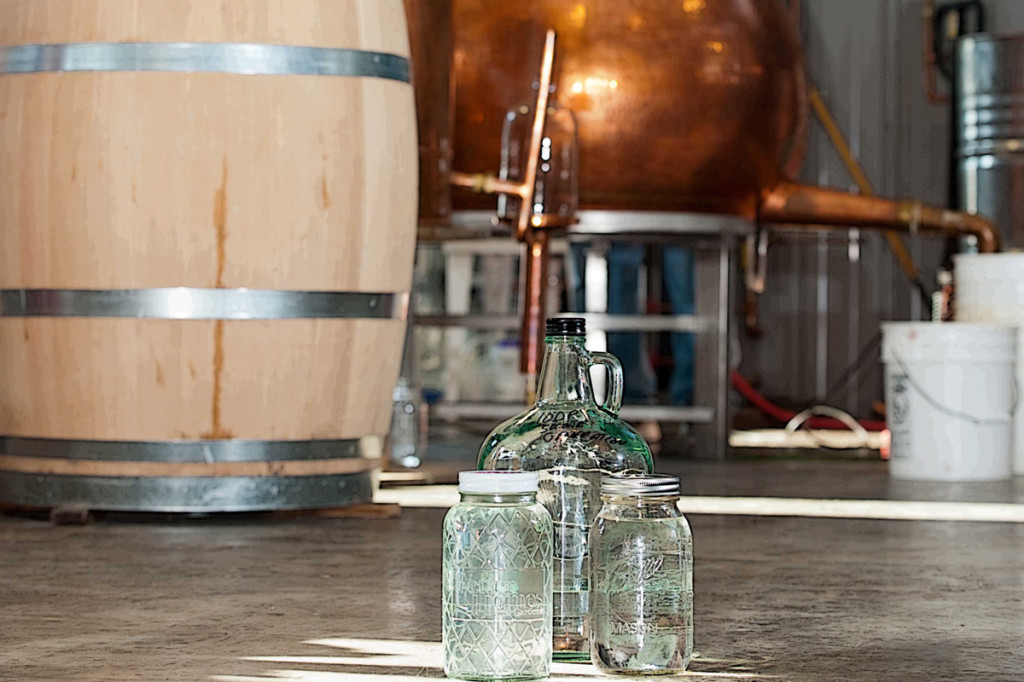 Paul and Steve represent Craft Distillers. Most large distilleries want to generate as much product as possible, to ensure maximum profits. Craft distilleries, like Limestone Branch, make small amounts of carefully brewed booze. Small batches allow them to taste test and analyze much more carefully than a large distillery.I was lucky enough to meet Steve Beam in person when I visited Limestone Branch, nestled in the hills of Lebanon, KY. Unlike the large, sprawling bourbon distilleries that I had previously toured, this place is downright cozy. If the big whiskey distilleries are factory farms, then this place is a backyard garden. I told Steve about my writing and gardening background. “I worked in horticulture for years!” he exclaimed, with a big grin. I thought he was just making friendly conversation. Then he showed me a magazine cover with beautiful flowers and hanging baskets. “That was my front porch.” Now we were both grinning. His professional work with plants encouraged the Beams to incorporate non-GMO corn into their liquor. They get heirloom corn from Boone County, Ky. “We like the organic corn, when it’s available,” Steve told me. He’s also been experimenting with organic blue corn for his ‘shine. Of course, the liquor comes out clear, not blue. 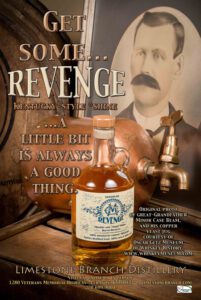 Speaking of color, my favorite Limestone Branch beverage was the golden brown Revenge. The dark color comes from a storage process in charred oak barrels, previously used for bourbon. It has hints of caramel, vanilla, and smoke. At the distillery, they were calling it “Minor’s Revenge.” The Beam’s great-grandfather, Minor Case Beam, was making liquor just prior to prohibition. He died only 115 days after prohibition ended in 1933, never knowing that his traditions would live on into the next millennium. This oak-infused corn liquor is his revenge, and it Uncle Sam can’t stop ‘em now! I also enjoyed both the Jalapeno Shine and the Apple Pie Shine. My wife’s favorite was the Blackberry, but I really can’t get over that Revenge. It was fantastic. The taste is very bourbon influenced, but the effect is pure moonshine. After four shots at 11:15am, I went into the distillation area to take photos. They all came out blurry, and my wife noticed that my pants were unzipped. It was my 36th birthday, and I was on a bender.

The most notable item in the building was the 150 gallon copper still. It was hand-built and hammered out, just like an old Appalachian whiskey pot. I was a bit disturbed to see the liquor dripping out of the copper coil into a plastic paint bucket. “We pour off the first 10% to avoid contaminants,” they explained. Of course! I already knew about this vital step in the moonshine process, but I was relieved to hear it. After a few gallons, they switched to a pristine, steel receptacle. As I walked around the facility, an employee in a camouflage hat and Carhartt shirt gave me a serious stare that seemed to say “Stay out of my way. I’m making moonshine.” Respect. There was one corner of the distillery where no photography was allowed. While I couldn’t take pictures of this Experimental Tasting and Tinkering station, here is what I saw: candy, chips, moon pies, sweet and salty snacks, a microscope, bottles of brown liquor with the labels removed, bottles of clear liquor with the labels removed, a glass still that looked like this http://www.sciplus.com/p/ESSENTIAL-OIL-DISTILLIATION-UNIT_53893 , raw corn, various other foods, beverages, and lab-grade testing equipment. The Beam Brothers have taken hillbilly liquor to new intellectual heights! Their pursuit of quality is obvious. I can’t wait to try their bourbon when it is finally available. Maybe I’m not supposed to mention that part in print. Never tell a drunk man your secrets. From what I can tell, these are some of the best distillers in the moonshine business, legal or otherwise. Another feather in their cap is the fact that they make Tim Smith’s Climax moonshine. If you’ve seen the television show “Moonshiners”, Tim Smith is the shirtless guy with the funny hat and overalls. 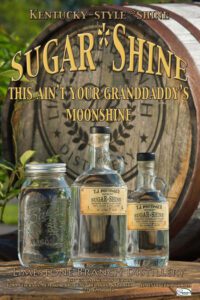 He is considered an expert in corn liquor, and he only trusts Limestone Branch to make his white lighting. Climax is made with a completely different recipe and process than the Sugar Shine. http://timsmithmoonshine.com/ http://www.discovery.com/tv-shows/moonshiners If you live in the U.S., you might be able to find Sugar Shine at your favorite liquor store. If not, find a new place to buy booze. Seriously though, as moonshine continues to gain popularity, more and more beer joints and party stores are stocking it on the shelf. If your brain and body have been working too hard, have a shot or four. And don’t forget to take some action photos, once the Crazy kicks in. Drink responsibly? 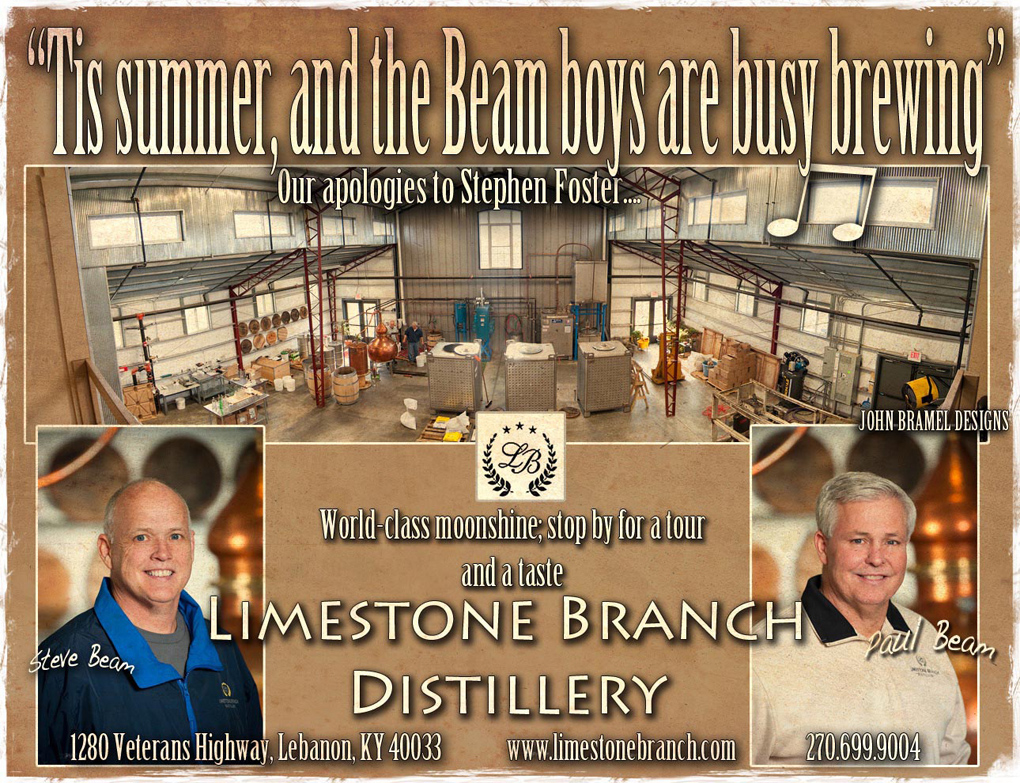 He grows veggies, herbs, and flowers with both traditional and hydroponic methods. His years of botanical experiences have taken him everywhere from Jamaica to Northern California on a quest for more knowledge. You can read his articles in various hydroponics magazines, or visit his retail shop: Garden Grove Organics in the Northern Kentucky region of Greater Cincinnati. 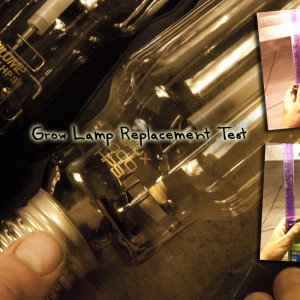