American Hydroponics-From Out of the Back Yard to On Top of the World….

American Hydroponics NFT systems are one of the most widely recognized (and liked) names in home and market garden hydroponics in America. Whether as part of the trend setting waves of roof top hydroponics gardens emerging from such thriving urban centers such as New York City (ie Gotham Greens NY), or as part of a school curriculum so kids can learn some life skills that continue to give back for a life time, American Hydroponics has made a lasting mark.

The journey started some time ago in Northern California from what may be the first full time hydroponics supply store in North America called Water Planet (which still operates in present day). Savvy home and market gardening enthusiasts were discovering the power of hydroponics in growing crops bigger, stronger and faster. Previous, this technology was reserved for the likes of NASA scientists or institutional researchers-very little of the knowledge had practical applications for the home grower due to a gap between the know-how and technology that was easy to set up and operate.

While clearly hydroponics has grown in leaps and bounds since American Hydroponics inception in 1984, in part with thanks to the perseverance and dedication of folks like Michael Christian who helped found the company and is the current day acting President, their unwavering focus in bringing sustainable hydroponics growing technologies to people across the globe remains the same. Today, hydroponics for home growing and market gardening is widely accepted; a “house hold” term.

One of the things that really sets American Hydroponics apart from the hydro companies of present day, is the path they stayed as others shifted their focus when hydroponics began to catch on in earnest in North America during the late 1980s and early 90s.

Most of the early entrants established themselves as manufactures and suppliers to small scale indoor growers, for example the first generation of folks to hang up an HID lamp (or even fluorescent shop lights) in a closet, spare room or basement. While this was a golden opportunity many had been waiting for, the vision of American Hydroponics saw this as a limited market, and in the words of Michael “kind of boring” due to the wink, wink, hush, hush “ me too” product culture of the time.

Instead, going against the grain of the times, they continued their development, refinement and broadened the practical applications of their growing systems and technologies so that they could be adapted by individuals or companies looking to supply a market with fresh grown hydroponic produce, versus strictly the home salad bowl. Hydroponics as many have found, is an exciting opportunity and a great way to break free from the regular grind and do something independently that supports and helps a local community while offering some the opportunity to gain some level of finical independence in doing so.

If you aren’t already familiar with the company and what they do in terms of hydroponics, these guys are widely recognized world class EXPERTS in NFT cropping systems, especially in greenhouse environments. For some more background and loads of great hydroponic images, (-like the ones we have featured here in this online article-)check out their Facebook Page and Website

In speaking with Michael, he gladly revealed some very hard-earned secrets and tips to hydroponics growing success. Check it, exclusively from Grozine. He was also quick to point out the great work Eric has done with their greenhouse building projects for over a decade, including pioneer urban roof-top hydroponics projects.

Frilly Red (AND baby lettuce if you are smart and cut the core): Salanova 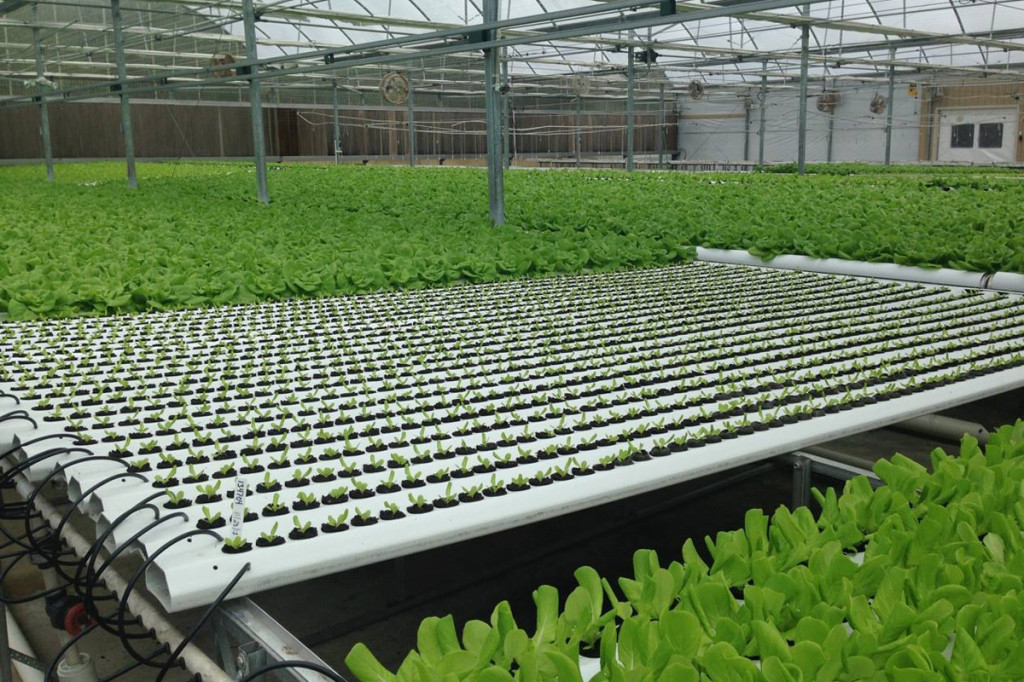 Greenhouse and NFT based finishing with staged transplant production. Achieving up to 24 Crop turns per year*. For example, this equates to harvesting 3400 mature plants per week from a 30′ X 132′ Freestanding Greenhouse equipped with American Hydroponics exclusive NFT system.

It IS Entirely possible for a single, dedicated person to operate at this rate, with an average input of about 40 labour hours per week, potentially netting up to $95,000 USD per Year, dependent on local market conditions and factors, naturally.

*for contrast, some of the most productive soil growing systems in the most favorable climates may achieve up to FIVE versus American Hydroponics benchmark of TWENTY FOUR crop turn-arounds per year.

Sceptical? An American Hydroponics client based in Indiana, USA was able to amortize the operation (break-even after investment costs) in an impressive 16 months.

Besides careful environmental control, to quote Michael: “Ninety Five Percent of the success comes from the system”.

The NFT systems American Hydroponics offers have been developed and refined for decades-as have the management techniques.

Here is some technical growing gold on the systems, and do note, there is a lot of genius in simplicity (what’s behind it all is complex)

For nutrients, formulations are customized for the type of crop, growing conditions and seasons—all of course, based on water quality available.

Nutrient solution management is critical-while large reservoirs can be forgiving careful attention has gone into the systems ability to maintain stable EC, pH and Dissolved Oxygen conditions for optimal, trouble free cropping. With fast crop turnarounds and accelerated growth, the need for pest and disease controls may be avoided by simple prevention and optimal growing conditions. This yields a higher level of quality on the harvest and a strong marketing edge, as no pesticides, chemical or organic were applied to the crop.

The greenhouse design, construction and management is another subject all together-maintaining a healthy cropping environment is always any growers key to success, and American Hydroponics has volumes here too, so be sure to visit them and see for yourself what can be cultivated from your back yard or rooftop-possibly to the tune of profits! 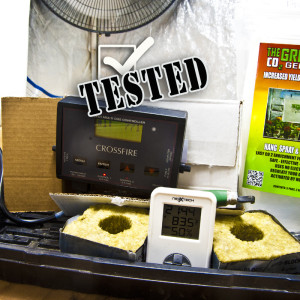